Following the third Development Dialogue between Australia and the EU held in Brussels last February, the Forum offered an opportunity for the European Union and Australia to confirm their alignment and commitment to the Pacific region, and in particular, priorities for investing in sustainable infrastructure.

Commissioner Mimica spoke about the EU’s development policy, as the world’s largest aid donor, and highlighted efforts to increase funding for the EU’s Electrification Financing Initiative, whose objective is to de-risk private investments aimed at improving access to energy, principally for populations living in rural areas. He also announced the EU’s External Investment Plan aiming to leverage €1 trillion of investments in EU partner countries, including the Pacific.

Assistant Minister Ruston underlined the importance of the Australian Government’s Pacific Step-Up encompassing $2 billion for the Australian Infrastructure Financing Facility for the Pacific, along with a $1 billion increase in callable capital to the Export Finance and Insurance Corporation. She welcomed the EU’s increased support and continued focus on the Pacific region, and expressed Australia’s desire to work more closely with its European partners and the EU as a whole.

Both Commissioner Mimica and Assistant Minister Ruston stressed how Australia and the EU share a strong commitment to the UN 2030 Agenda and its Sustainable Development Goals, and commented on the need for renewed cooperation between Australia and the EU. Historic ties of friendship and substantial support to the region should lead the EU and Australia to further align development efforts and work together in better allocating resources.

The panellists’ comments and interactive session with participants profiled the fast-changing business environment and landscape in the Pacific, underlining the role of the private sector in the region and how technological innovation is driving the emergence of tailor-made, less costly and more adaptable solutions to existing challenges. Panellists also emphasised the role of value-driven stakeholders, committed to making a difference on issues such as climate change mitigation.

See the photo gallery from the event below. 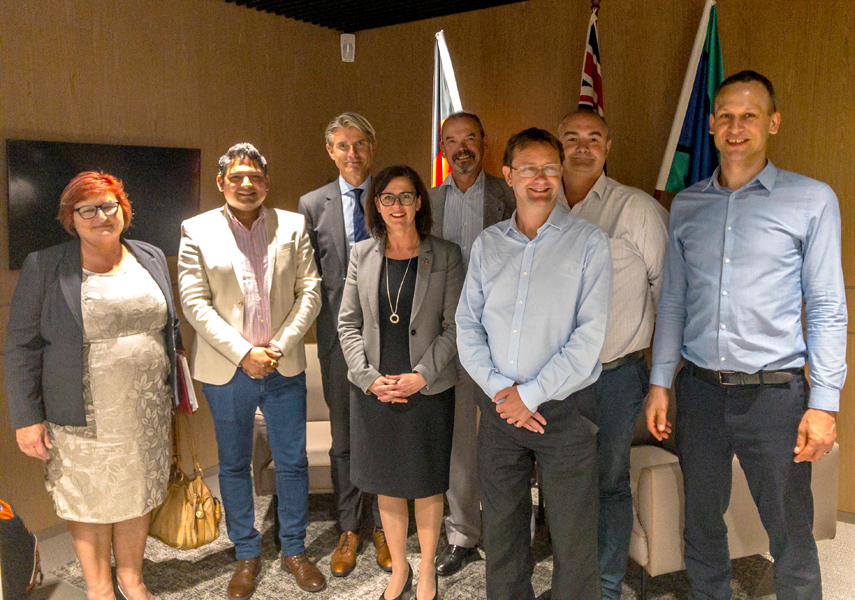 Australia’s Ambassador to Denmark, Norway and Iceland, meets with Norwegian Australian Chamber of Commerce members in Perth on December 3rd, 2018.

NACC President Sophia Demetriades invites you to join us as we welcome the new Norwegian Ambassador to Australia, Paul Gulleik Larsen at NACC’s Boardroom Breakfast #8 at KPMG on October 18th in Sydney.

In Perth, we will review how Australia’s immigration policy change is impacting the visa process on November 7th.

Save the date for NACC’s Christmas party at Radisson Blu – a true Norwegian Christmas treat, in Sydney December 5th.

Sign up to receive our event invitations to your mail box.

Thank you to Cooper Partners!

Thank you to Cooper Partners for its generous event sponsorship on NACC’s Innovation Clusters talk in Perth 22 May.

Richard Rickett presented on innovation clusters and their applicability across all types of Industry. Richard Rickett is the Cluster Manager from the Subsea Innovation Cluster, the first Oil and Gas Cluster in Australia. Richard explained how Clusters can form and the diverse complexity of the ones that exist. The Subsea Innovation Cluster is quite complex as it involves multiple stakeholders that include Service Companies, Academic Institutes, Legal Companies, Oil and Gas operators and several more, but other clusters may involve only a few stakeholders showing that the concept is scalable from the small to the large.

Richard was assisted by Tore Moe of Norwegian Energy Partners during the Question and Answer session, and judging by the volume of questions the concept has sparked a lot of interest across many different industries.

Informal networking followed the presentation, and this proved to be just as popular as the talk. Again our thanks to Cooper Partners for sponsoring the event and our members and friends for attending. 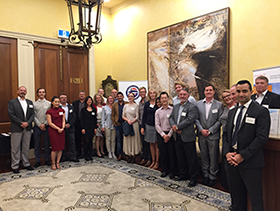