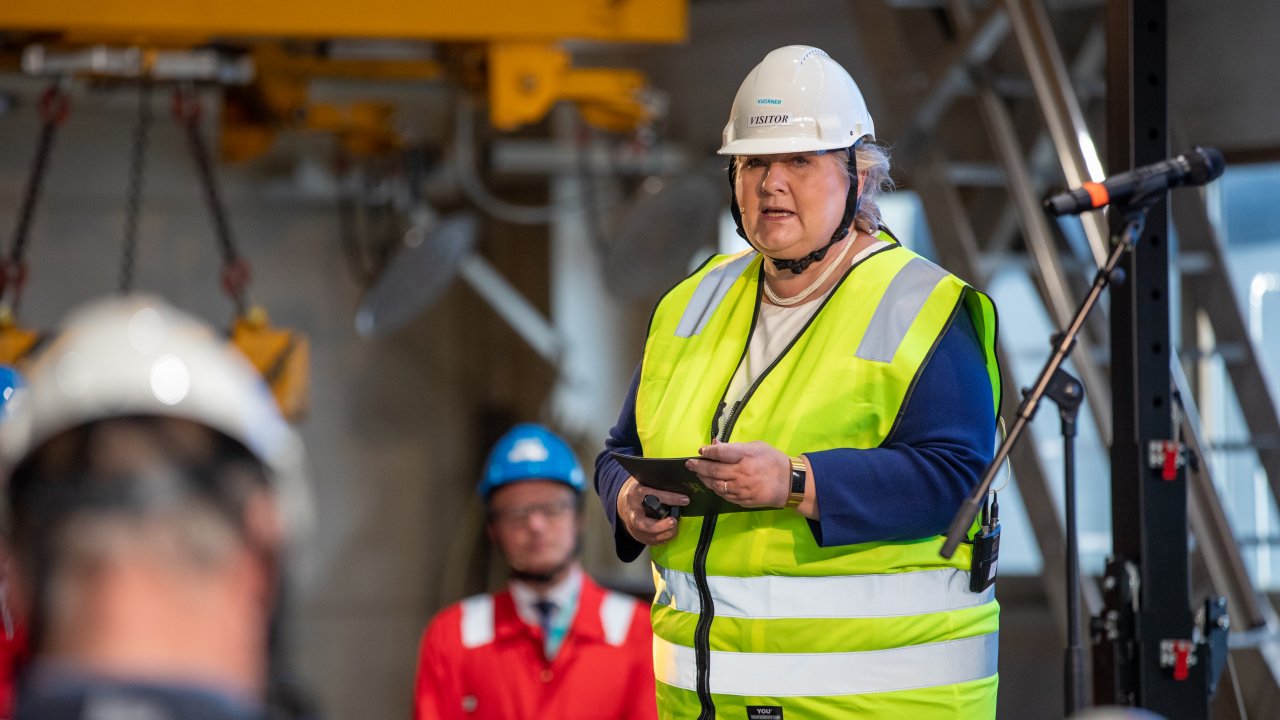 Prime Minister Solberg and Mr Linga started the 'cutting robot' on the project's first sheet of steel on Thursday, 1 October. Kværner’s assignment will include building 11 floating concrete hulls for the turbines on Hywind Tampen. 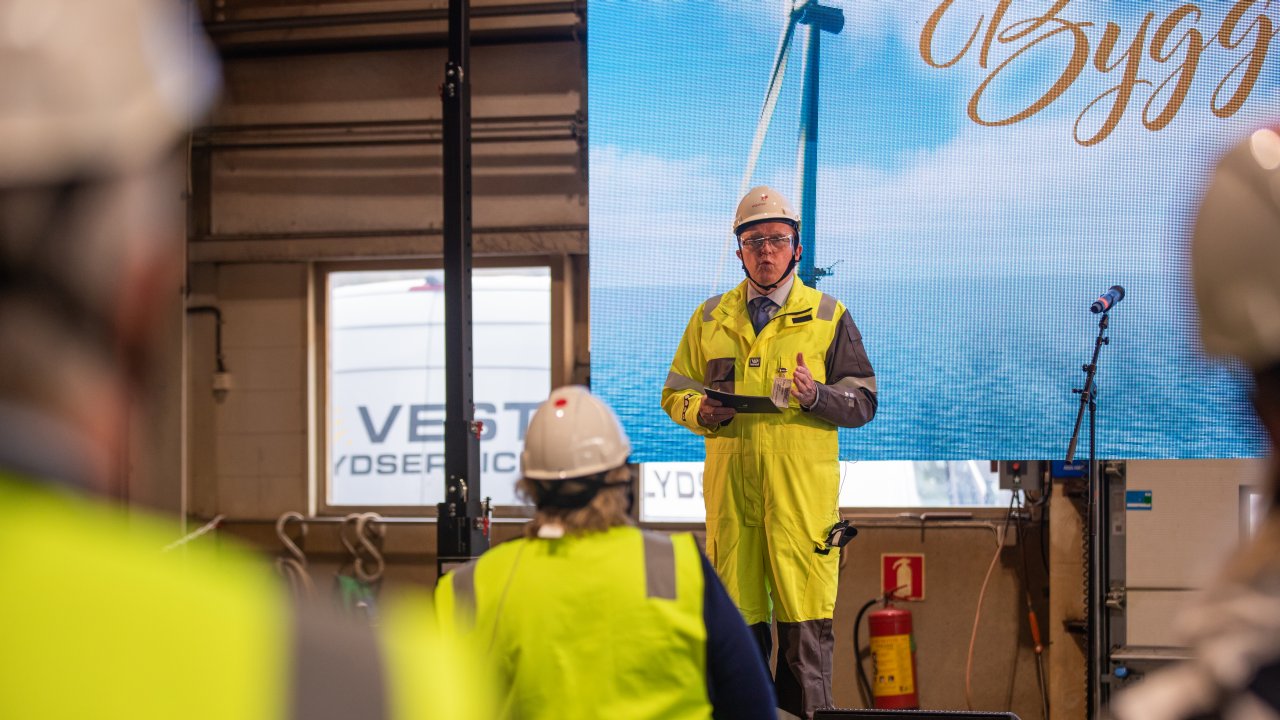 A study conducted by Multiconsult shows that, in total, the Hywind Tampen project could provide 1,550 to 3,000 full-time equivalents in ripple effects for the Norwegian private sector.

Equinor's ambition is for floating offshore wind to be competitive with other forms of energy by 2030.

"By using larger turbines, concrete substructures, new technology and a new assembly method, we're well on our way toward delivering on the objective to reduce costs by more than 40% compared with Hywind Scotland. This is an important step to establish floating wind as a sustainable power supply alternative," says Hywind Tampen project director Olav-Bernt Haga.

"If more major floating offshore wind projects are realised in the future, it will be possible to reduce costs even further, and we could see a development in cost reductions equivalent to the one we've seen in fixed foundation offshore wind," Haga says.

Equinor sees a potential for floating offshore wind projects in Norway, the UK, Europe, the US and Asia.

The Hywind Tampen project will be the first floating offshore wind project to supply renewable power for oil and gas installations. The wind farm will have a total capacity of 88 MW, and is expected to cover about 35 percent of the annual power needs on the five platforms Snorre A and B and Gullfaks A, B and C.