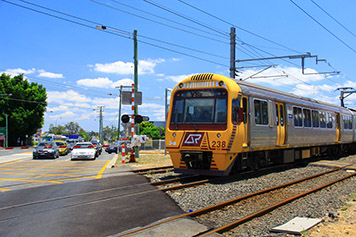 The Norwegian company Wavetrain Systems has, in the matter of months, established itself as a large contributor to road and rail safety here in Australia. The company is working towards a railway technology that will not only save millions of dollars but also human lives.

Founded in Norway in 2009, the company first hit Australian soil last year July 1. Within a few months, Wavetrain Systems’ technology for railway safety has already received green light for trials in Western Australia, Victoria and New South Wales and expects full integration of the system into Australian railways within a few years’ time.

Their main focus at the moment are the railway level crossings, which produce great danger for road workers, wildlife, humans and also the trains. By creating a sensory technology that will detect the smallest forms of movement within 8 kilometres, Wavetrain Systems is opening a whole new world of possibilities.

Railway authorities across the world struggle to reach their goals in regards to safety at these level crossings, and this is the way to reduce the risk.

“We are currently focusing on the countries around the world that operate within CENELEC standards, and this includes Australia,” says the Country Manager for Wavetrain Systems Mark Foster. 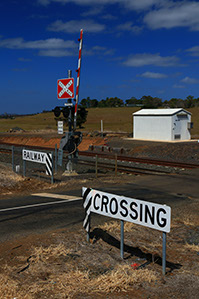 During a presentation held by the Norwegian Chamber of Commerce Wednesday 26th April, Mark Foster spoke to all the leading Norwegian businesses that are based here in Sydney and a part of NACC. He also announced that Mike Devlin had accepted the role as Managing Director for the Australian entity.

“We expect that in a few years’ time, our technology will be incorporated into the whole Australian railway system,” he concluded.

“We are pleased to see a Norwegian company doing so well in Australia, trusting this innovation will positively affect Australian rail safety and lives,” says President of the Norwegian Chamber of Commerce Sophia Demetriades Toftdahl.