The “Nordic Noir” Revolution in Australia 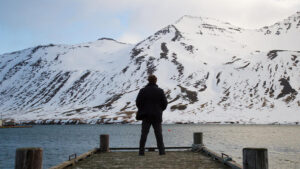 ‘Nordic Noir’(Nikel, 2021)—the subset of the crime fiction genre set in Nordic countries and defined by its murky atmosphere, dark narratives, and flawed protagonists—has progressively proved itself to be an engaging source of entertainment for Australian audiences. Indeed, the “Nordic Noir revolution” in Australia suggests a need to investigate the cultural exchanges and similarities between both regions, since cultural flows between countries are often pertinent indicators of the depth of partnership felt by countries. Thus, we ask - are there similarities between the ‘Nordic Viking’ and the ‘Australian Explorer’?  How deep are the cultural flows between the Nordic countries and Australia? Why are popular streaming platforms (Stan, SBS, Netflix) progressively acquiring Nordic Crime fiction shows to entertain Australian audiences?

The relationship of the Nordic people with nature is rooted in the concept of Friluftsliv. The English translation, “An outdoorsy life”/“Open air life”, does not do justice to the breadth of this concept, which defines the historical Nordic connection with the land, the seas, the fjords, the mountains, the snow, the trees, and the fauna. The philosophical standpoint for Friluftsliv emerged from the Nordic need to connect with nature, which goes beyond recreation or a moral obligation of preservation.

Operationally, Friluftsliv can be defined as a participation in nature-based outdoor recreation that is centered around the individual (Elgvin, 2009). The word Friluftsliv first emerged in 1859 in the iconic Dramatist Henrik Ibsen’s poem ‘Paa Vidderne’ (Elgvin, 2009). As a concept, Friluftslivit has been studied rigorously throughout the years using a canon of disciplinary lenses. The spiritual dimensions of experiencing the freedom of nature in its purest form is a significant part of Nordic culture. In fact, in his poem, Ibsen mystifies the symbolic feeling of escaping the material world, and suggests that the individual’s inspiration lies in the scenic Norwegian flora and fauna. Ibsen’s influence through his famed concept of Friluftsliv is evident in literature, drama and film, and is best seen in the numerous translated renditions of his plays in theatres all around the globe. Modern Nordic storytellers/filmmakers tend to likewise set their plots around scenic planes, fjords, mountains to expose the rich Geographical beauty of Nordic countries. 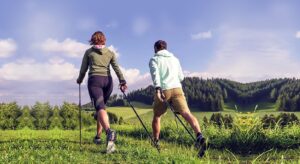 The cultural partnership between Australia and Nordic countries should be re-visited and celebrated. The Norwegian saying, “There is no bad weather, only bad clothes”, applies to Australia too. There are two direct consequences of the Nordic-Australian cultural partnership. Firstly, in Australia, translations of Ibsen’s plays can be traced back to 1889 (Tompkins, 2013). Iconic Plays such as “A Doll’s House”, “Ghosts” and  “Peer Gynt” have been translated into English and performed for decades for Australian audiences. These performances continue to intrigue Australian audiences because of Ibsen’s modernist tendencies to rethink traditional drama structures. Secondly, SBS set a precedent in 2018 (SBS Guide. 2017) by creating content structured around the uniquely Norwegian Genre “slow TV”. SBS aired a three-hour unedited train-journey of the iconic Ghan (Australia’s first Passenger train) through the Australian outback.

In conclusion, the cultural exchanges between Nordic countries and Australia are far from recent. The cultural similarities of cultivating an intense relationship with flora and fauna are stark. Perhaps, the similarities between Friluftsliv and the Australian mindset, is why Australian audiences can relate to Nordic Noir.

Can We Help Women Lead?

Flokk: A house of furniture brands focused on health, wellbeing and sustainability